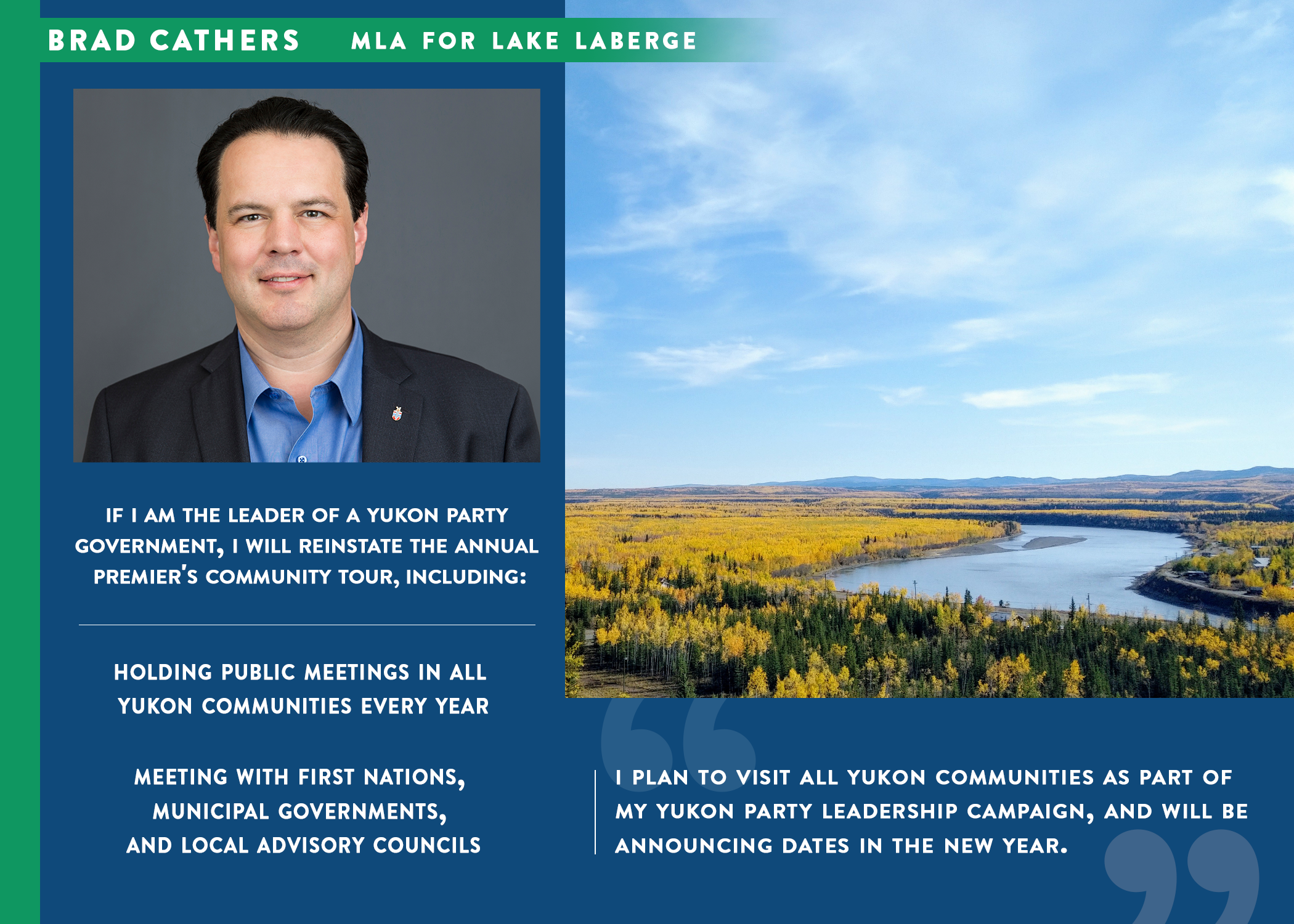 “My vision for improving how government listens to Yukoners includes the Premier and other elected officials holding public meetings in Yukon communities at least once a year,” said Cathers. “This is an important part of showing Yukoners that a government under my leadership cares about them and their priorities, and that I am willing to answer questions about the issues that are important to them.”

During the Leadership Election Campaign, he plans to visit all Yukon communities, and will be announcing dates in the New Year.

“When I was first elected, I made a commitment to hold public meetings for my constituents every year,” noted Cathers. “During my time as an MLA, I have kept that commitment, and have always held public meetings for my constituents. I believe that sitting down with Yukon citizens is valuable, and helps ensure that leaders keep in touch with the people they are elected to serve.”