WHITEHORSE – Brad Cathers, Yukon Party MLA for Lake Laberge announced today that he is seeking the Yukon Party nomination as candidate for the Lake Laberge riding in the upcoming territorial election.

“My track record of success is due to listening to Yukoners, and working hard on their behalf,” noted Cathers. “What I have heard is that Yukoners value a strong diversified economy, the peace and beauty of the wilderness, quality health care, a good education system, an effective social safety net, and infrastructure that meets the needs of our homes and communities – and I share those values.”

First elected in 2002, Cathers has been re-elected three times, gaining the support of more voters in every election in the last ten years. In 2016, he received the fourth highest number of votes of any candidate in the entire Yukon.

“I have worked hard for my constituents and all Yukoners, and I am proud of my record for delivering results,” said Cathers. “I look forward to seeking a renewed mandate from my constituents, and working with my colleagues to win public confidence and form a Yukon Party majority government. People want a government of action that will listen to them, and work with them to ensure the future is bright for all Yukoners.”

Brad’s family moved to the Yukon when he was two years old, and to the wilderness on the east side of Lake Laberge when he was six. His family home at Lake Laberge has no road access, and he grew up with a wilderness lifestyle including hauling water by hand in buckets from a creek, cutting firewood, hiking, canoeing, boating, and dog mushing. 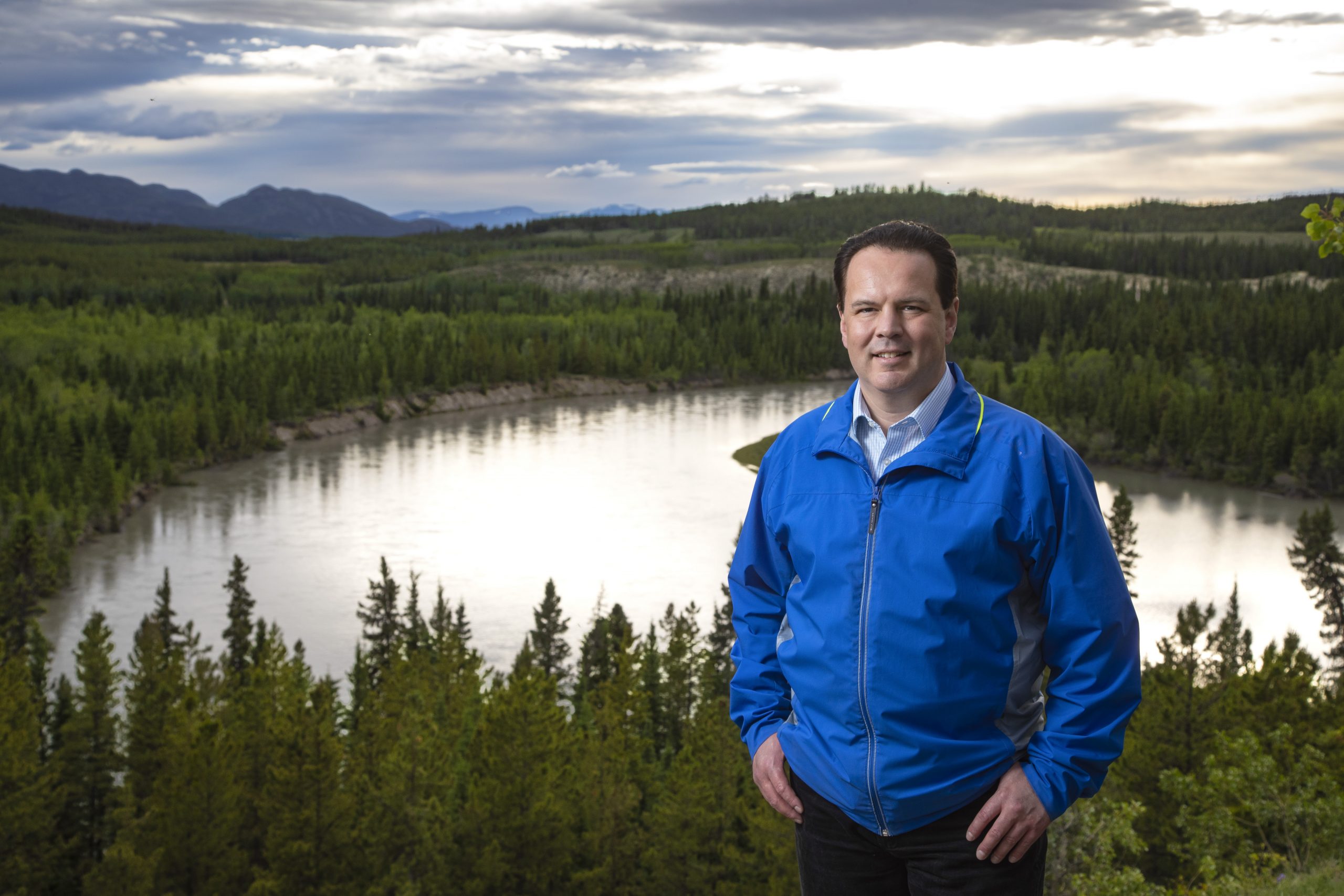 Brad standing in the Research Forest, overlooking the Takhini River.

During his time as Minister of Energy, Mines and Resources, Brad opened the Research Forest to the public.  Today, many people enjoy its recreational trails, playground, and wilderness views.